You are here: Home / Missions

The Presbyterian Reformed Church (PRC), of which we are a part, currently supports the following missions work in Australia and overseas:

The Presbyterian Reformed Church (PRC) mission work in Vanuatu was established in the early 1970s when two families from Australia were sent by the PRC of Australia (PRCA) as missionaries to North West Malekula. Their task was to learn the language, to preach the Word, to establish an indigenous church and to translate the Scriptures into the local language (Big Nambas). God has been very gracious in growing the church in Brenwei, NW Malekula – today the church has more than 60 members, local elders and is led by Pastor Isul Lunabek.

In 1983, the PRC commenced an outreach to the island of Tanna. The first missionary, Kilet Itei came from the church in Malekula. Three years later Tom Kout of Tanna continued the work of caring for the church. Several other men from Malekula have assisted Tom in his work over the years. The congregation in Tanna has a stable membership.

The PRC has also had a long history in Port Vila. In the late 1970’s the church sought to establish a church on the Island of Ifira (off the coast of Port Vila) but Island politics prevented this; instead we were allowed to live, worship and translate on the island of Iririki, a short boat ride away from Ifira. Australian missionaries were based on Iririki and sought to establish a church there, but with limited success. However, an encouragement was the completion of the Ifira New Testament. Unfortunately, there was a limited response to the gospel from the Ifira people, and in the mid 1990’s the work on Iririki ceased.

A fresh work in Port Vila was established in 2010, but this time on the Efate mainland, in the area of Freswota 5. This was at the behest of the Vanuatu PRC, who saw a desperate need for a congregation in the capital, whose population had ballooned due to urban drift and the lack of services, employment and schooling in the outer islands. This was, a joint work between PRCV and PRCA. We are now working in partnership with the Reformed Churches of New Zealand (RCNZ) who have  volunteered a missionary, Pieter Van Der Wel, to assist the local indigenous elder in the ongoing work. 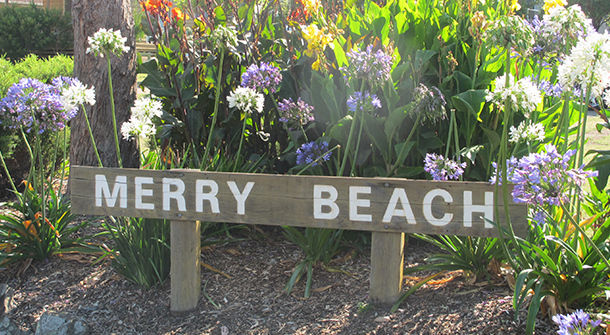 Since 1997, the church has conducted a January beach mission at Merry Beach camping ground on the NSW south coast. The week-long mission caters for children of all ages, teenagers and adults.

The children’s program is a fun week of performed stories, singing, group lessons, craft activities, games and afternoon beach activities. Teenagers and young adults enjoy day and evening talks and discussions, as well as games and camp-fire nights. Church services, barbecues, adult craft and other activities are open to everyone, and we use every opportunity to meet people and share the Gospel.

The mission is under the oversight of a nominated session, but members of all the congregations of the PRC actively support the mission.

For more information on these missions works, please visit www.prc.org.au/missions.

When do we meet?
9.15am Prayer Meeting
9.00am Children’s Sunday School
10.00am Worship Service

Our hope is that this website will answer some questions you may have about the Pallara Congregation. We want to encourage you to come and experience the open hearted ministry of the Lord Jesus Christ in and through our members.

As a congregation and as individuals we seek to glorify God and enjoy him in all things.

When do we meet?
9.15am Prayer Meeting
9.00am Children’s Sunday School
10.00am Worship Service